The corset and the waist cinchers are considered as one of those undergarments which are used as a means of fashion. This was used a popular fashion garment in the past but presently, it is majorly used as a tool to provide a stunning silhouette to the body, and also as a fashion clothing item. The corsets have become immensely popular among women since these are perfect to provide hourglass figure to the body. As much as the corsets have gained popularity, the waist trainers have also become popular due to plenty of reasons.

The waist cinchers are a type of corset which is used mostly for the waist compression, and mostly helps in getting a flat stomach. Also, these kinds of corsets are mostly made for solely giving support to the waist region. Waist cinchers are popularly known as ‘shapewear' or ‘compression underwear' and are available in different support levels starting from very light to extra firm control. Renowned brands in the market are coming up with newer waist cincher corsets having different styles and closure patterns that help in putting on and taking off quite easy.

It is important to understand that the corsets are mainly worn to train and shape your body, and the primary intention of wearing the corsets is mostly to get narrower waist, and larger and fuller hips, and bustline. One of the biggest advantages of corsets is, it can be used both for making a fashion statement as well as for various medical purposes. Although the corsets are mostly worn by women, men these days too are wearing corsets as well. The corsets available in the market these days have developed, and are available in different shapes and sizes, various colors, versatile pattern, and have different fit as well.

Additionally, the corsets are available in both underbust and overbust corset which has different curves, boning, and can be worn both over the clothes as well as underneath the clothes. Different styles such as eye closures, lace-ups, and zip-ups are available in corsets these days. Corsets are mostly made of steel boning which is considered as one of the effective ones since the plastic boning is not that effective, and damages after using for longer periods. If worn properly then, the corsets can instantly transform your body into an hourglass silhouette that looks extremely stunning. Also, the results can be temporary or permanent depending on the ways you wear it.

Women these days crave for getting the curvy silhouette simply by reducing the waistline and exaggerating the waistline, and also, the hipline. Alternatively, these can be even used for getting that tubular straight up down body which means to reduce both the hip and the bustline. Plenty of different corsets are available in the market, and among them, the waist cinchers have gained popularity, and these mainly focus on reducing the waistline. It simply creates an illusion of a slimmer body with perfect curves and mostly come under the shaping garments that target to reduce the abdominal area which is similar to that of the corsets. The waist cinchers help in trimming down inches from the waist area when worn. The corsets are worn underneath the clothes to give an hourglass shape and helps in instantly reducing the waistline to about three to six inches based on the size and weight of your body. 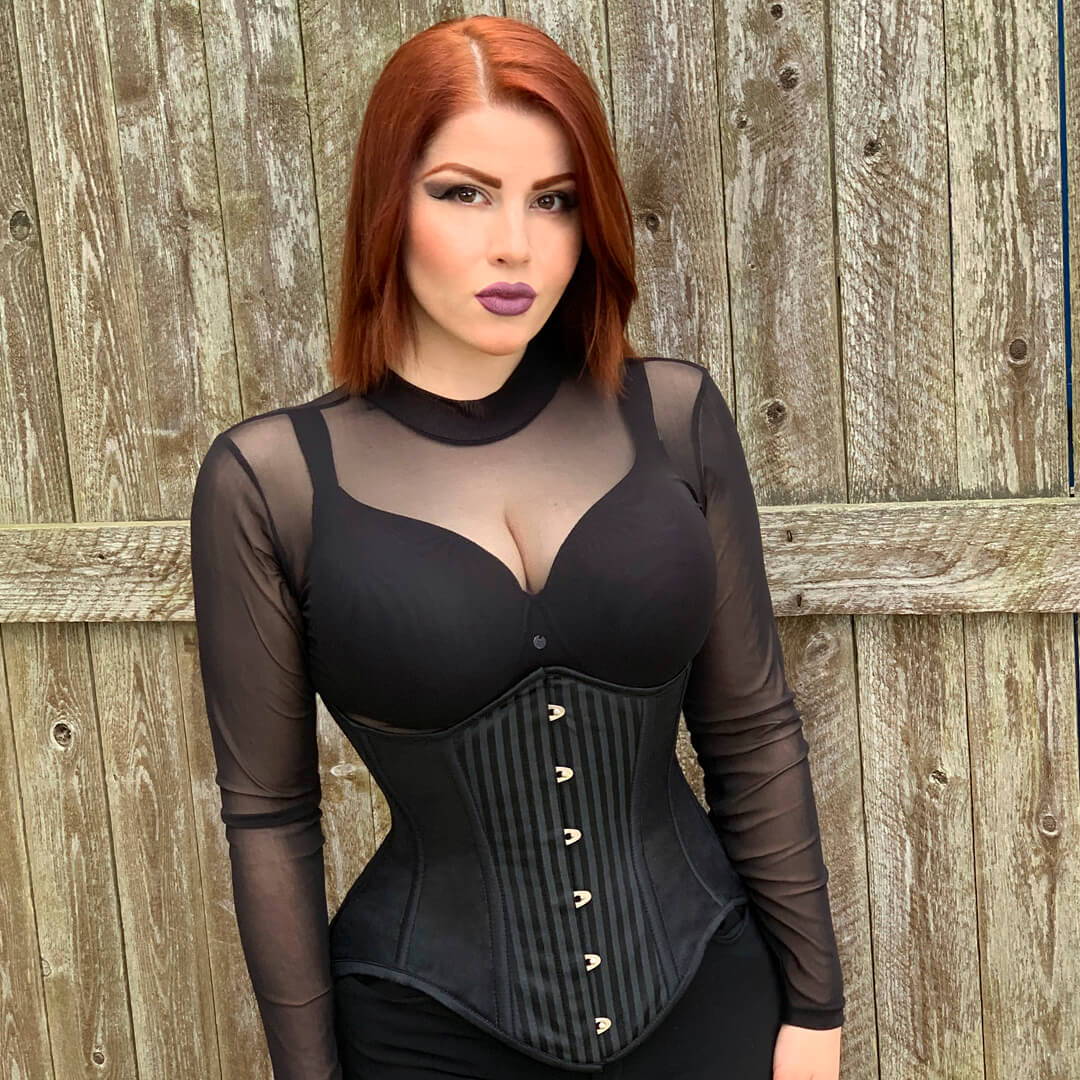 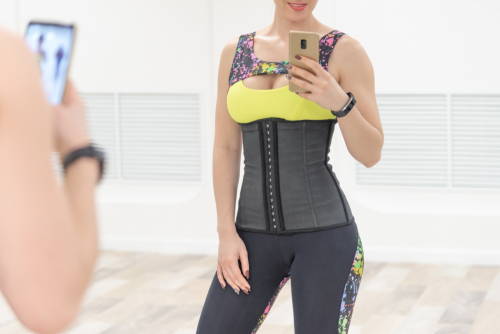 The difference in the materials of corsets and waist cinchers

Both of the shaping garments are also made from different materials so that you can easily wear it, and pair up with any outfit.

Few of the popular corset materials available in the market are listed below:

Cotton- The cotton corsets are supremely comfortable, lightweight and durable as well. It is significant to keep in mind that the cotton corsets cannot be used underneath the clothes since these are a bit thick in size.

Satin- Satin corsets are a perfect choice to achieve that hourglass figure since these can be easily worn underneath the clothes.

Brocade- The brocade corsets are quite thick and sturdy due to the polyester blend with which they are made of. This kind of corsets is mostly used as a purpose of style accessory.

Mesh- This is a breathable corset, and is a perfect option to wear in the summers. It helps in giving proper shape to your body and can be worn both underneath and over the outfits.

The waist cinchers are made out of latex, and different types of nylon materials reinforced with steel or plastic boning. It focuses on reducing the tummy fat but surely doesn't help in providing that hourglass silhouette and stunning body curves.

The corsets and the waist cinchers both have gained immense popularity over the few years, and due to its ability to slim down the waist and providing the exaggerated hourglass figure over a while. In the past, most of the women didn't enjoy the concept of it but women these days love curves which the corsets provide. The corsets and the waist cinchers are used by the celebrities almost everywhere, and due to which they can easily carry those stunning curves in the weddings, proms, and the red carpets.

There are various types of corsets and waist cinchers available in the market, and they both are made of different types of materials. Not just the materials, the purpose of both of them are quite different. Listed below are some of the most common types of corsets.

It can help in getting the celebrity like hourglass figure but doesn't provide any kind of support to the bustline. Apart from that, these are perfect to use as an option to improve body posture.

The overbust corsets fit right underneath the arms and come down to the hipline. These are perfect to enhance the bustline, and at the same time also help to shape the waistline too. Also, just like the underbust corset these can be used to give support to the back and can be worn to give an overall classy and elegant look to your outfit. The overbust corsets come in different variety such as the lingerie corsets, cupped corsets, bustiers, and lots more.

Just like the corsets, the waist cinchers are available in different variants and can be chosen depending on the material and style. Listed below are some of the common types of waist cinchers.